Lately, you may have heard a lot about human trafficking.  Human trafficking is stealing children away from their families. They are then often used in the sex trade where they grow up in terror and are left with only one option to survive. This is an experience that, in short, wrecks their lives. 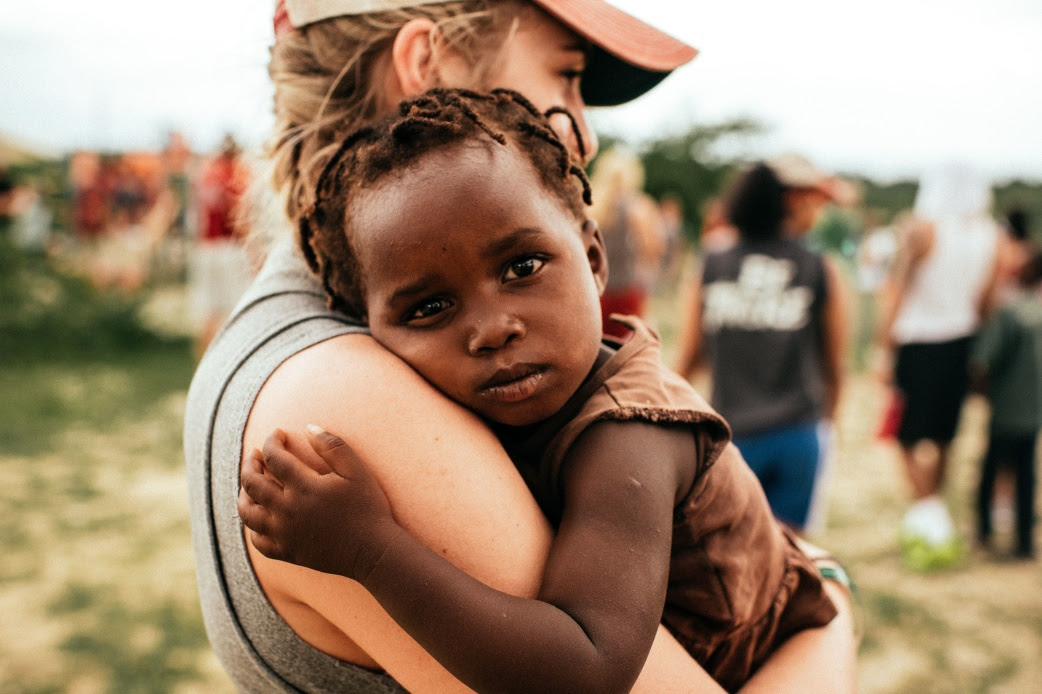 Here are some other little known statistics: In some places, modern slavery is still a common practice. Let’s take a look at an example: Mauritania. According to the Global Slavery Index, the estimated prevalence of modern slavery in Mauritania is very high – 43,000 people or 1.058% of the population. The goal is 0.

Now that you know something about this issue, you must do something. 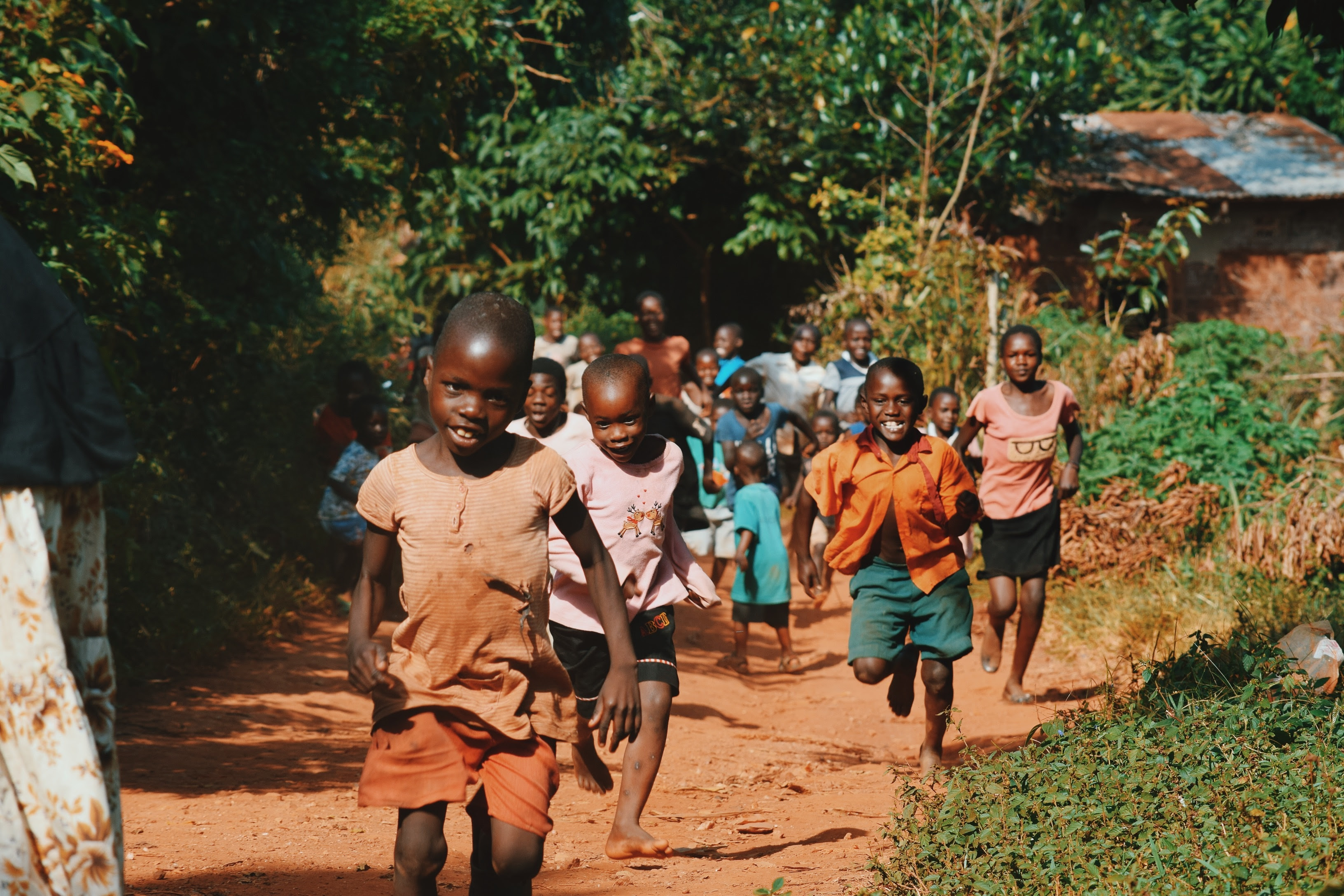 Want to know more? Here is some Background on Sex Trafficking

Human trafficking is a form of modern slavery, in which human beings are controlled and exploited for profit. “Sex trafficking” is a modern term. It was coined during the second wave of the women’s movement in the 1980s when female activists started protesting the exploitation of women and girls in prostitution and pornography. In this industry, perpetrators use force, fraud, or coercion to manipulate and establish control over individuals. According to the International Labor Organization, human trafficking generates $150 billion in illegal profits each year. The two most commonly known forms of human trafficking are sexual exploitation and forced labor. Any instance in which an individual engages in a commercial sex act (such as prostitution) as the result of force, fraud, or coercion is considered sex trafficking. Sex trafficking also includes the commercial sexual exploitation of children or minors. Some examples include factories, “sweatshops,” brothels, “massage” parlors, online escort services. The most common industries associated with the trafficking of people include: agriculture, construction, garment and textile manufacturing, catering and restaurants, domestic work, entertainment, and the sex industry.

Mauritania is a country in Western North Africa. In the Middle Ages, Mauritania was the cradle of the Almoravid movement, which spread Islam throughout the region and for a while controlled the Islamic part of Spain. European traders began to show interest in Mauritania in the 15th century. Mauritania is rich in mineral resources, especially iron and ore. France gained control of the coastal region in 1817 and, in 1904, a formal French protectorate was extended over the territory.

Today, Mauritania is the eleventh largest country in Africa, with about 90% of its land in the Sahara. The country’s capital and largest city is Nouakchott, which is home to 3.5 million people. Culturally, Mauritania is a special mix. The population is almost equally divided between Moors of Arab-Berber descent and black Africans, and this striking cultural combination is part of its appeal.  About 20% of the population lives on less than $1.25 a day. The country suffers from human rights issues including slavery and child labor. Mauritania was one of the last countries to pass a law abolishing slavery. However, this law has not been effectively implemented, resulting in a high number of modern slaves.

Wanderlust is a mindfulness triathlon. It includes yoga, meditation, and running. Angel Sun represented UniversalGiving and volunteered at Wanderlust’s 5K on Sunday. Here is Angel’s take on the experience.
“It was cold and windy.  I was preparing the water station at the halfway mark for the runners. 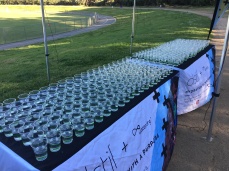 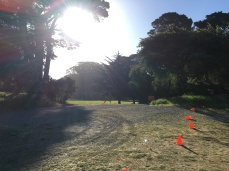 It felt great to have morning air and light exercise️ And I was moved by the runners’ spirit. Getting up early in the morning and run the marathon together. Definitely, want to do it again in the future!”

“Volunteers do not necessarily have the time; They have the heart”
-Elizabeth Andrew

This post was written by a guest blogger from Cisco, one of our clients. Erin Connor is Portfolio Manager for Critical Human Needs, Cisco Corporate Affairs, and Cisco Foundation.

Today, an unprecedented 63.9 million people worldwide are forcibly displaced, and 21.3 million of those are refugees. From Syria to Afghanistan to Somalia, millions of men, women, and children are being forced to flee their homes because of conflict and persecution.

Often, they travel hundreds, even thousands of miles to settle in countries ill-equipped to handle the influx of those in need. The journey from Turkey to Greece, for example, is a treacherous one; refugees crossing the Mediterranean often travel in poorly-constructed rafts with little protection from the elements.

And when they arrive at their destinations, whether in Pakistan, Lebanon, or other countries, they’re often met with new challenges. In 2013, Lebanon’s population was 4.5 million, but the immigration of 1.1 million refugees increased the country’s population by a quarter. Turkey currently hosts 2.5 million refugees—the most of any country—but lacks many of the resources to cope with the added population.

The result? At least 40% of refugees in Lebanon live in inadequate accommodation, including makeshift shelters and informal settlements. Others face eviction or live in overcrowded apartments, unable to adapt to their new country’s standards of living. Many are unable to work due to local labor laws, while those in countries such as Greece are detained in camps where they wait hours in line for meals and can barely meet their most basic needs.

Fortunately, global problem solvers are coming together to make an impact in every corner of the globe. Cisco joins a growing list of companies and organizations applying digitization, collaboration, and innovation to solve what’s become one of the world’s most pressing issues.

At Cisco, we understand we must leverage core capability to achieve social impact. Since October 2015, we’ve taken a multi-pronged approach to our response, leveraging our people, products, and financial resources to provide over $4 million in support to the refugee crisis.

Our Tactical Operations engineers and Disaster Response team volunteers have carried out 10 two-week deployments in partnership with NetHope, and together, they’ve installed Meraki–based Wi-Fi networks across 75 sites—64 of which are currently active—in Greece and Slovenia and provided remote technical support and equipment for installations in Serbia.

The networks have connected over 600,000 unique devices, allowing refugees to reach more than two million friends and family members through high-speed Internet connections. Using our cloud security software, we block an average of 2,000 cyber threats per day, guaranteeing secure connections for all users. Cisco has granted all of the Meraki equipment needed for these installations to NetHope and provided a supplemental cash grant of $100,000 to support their crisis informatics work, which streamlines their installation efforts.

Cisco has also provided $350,000 to Mercy Corps to support the development and scaling of a mobile-enabled Refugee Information Hub. Currently available in three countries and in three different languages, the hub provides refugees with critical information such as legal options and instructions on seeking asylum, safety information, and available social services. Today, more than 30 NGOs use the tool, which is expected to grow this year to include seven new countries.

On a company level, we understand leadership support and employee engagement drives global action and innovation. A Cisco team of volunteers in Hamburg, Germany worked in close collaboration with a number of ecosystem partners to develop and implement the Refugee First Response Center (RFRC). This innovation transformed shipping containers into doctors’ offices, equipped with Cisco technology that enables access to the Internet and real-time translation services with 750 medically trained interpreters collectively speaking 50 languages.

The original unit, launched in Hamburg in October 2015, caught the attention of a local private donor, who funded $1 million for the production of 10 additional units that have been produced and deployed to Red Cross camps throughout Hamburg. The 10 units average about 30 consultations a day and have provided over 18,000 medical video-supported consultations to date. Two RFRCs have been shipped to Lebanon and Greece for replication.

The Cisco team in Lebanon is working with the Ministry of Health and local NGO Beyond Association to implement RFRC and will include virtual psychosocial services. The RFRC in Greece plans to offer telemedicine services for specialties not available at the hotspots, facilitate remote examinations, interpretation services and video communication for separated families.

Seeing the success of the shipping containers led other organizations to expand on that idea. Deutsche Bahn, the largest shipping and logistics company in Europe partnered with Charité Hospital in Berlin to transform a former passenger bus into a mobile medical clinic – known as the DB medibus.

Charité and Deutsche Bahn contacted Cisco, who volunteered to network the bus. Cisco outfitted it with secure wi-fi high-speed connectivity and video collaboration units to allow for translation services in 50 languages. Their first use case for the pilot phase is mass vaccinations to be delivered at refugee settlements in Berlin, and they have already provided 10,000 treatments since launching last fall.

We also recognize the critical importance of education and employment opportunities for refugees. Our Networking Academy in Germany has also committed to providing IT training to 35,000 refugees in Germany over the next three years, and are piloting projects with the International Labour Organization and local universities to train refugees in Turkey through Cisco’s Networking Academy.

Through our annual matching gift campaign in 2015, Cisco donated a total of $743,000 to more than 40 organizations aiding in the refugee crisis. As this crisis endures, Cisco Foundation continues to match employee donations to these organizations dollar for dollar. We know this is an issue close to the hearts of many employees, and viewing them as valuable partners in global problem solving has helped Cisco focus on how best to apply its technology expertise in the field.

The theme for World Health Day 2017 is depression. To spread depression awareness, here is a guest blog by a doctor and mental health coach, Doc Ayomide.

So today I want to talk about some unique aspects to how depression plays out for Nigerians (who I know) and Africans in general—who I hear are very much like Nigerians! (Just kidding! Seriously, though, there are a bunch of similarities between Africans, Asians and even South Americans, when it comes to not just mental illness, but health in general; things that make us quite different from Caucasians. But that’s a whole other story. I might get to it someday soon, if you’re interested enough.)

Okay so what are 3 ways depression is sort of different with us?

“Yemen is a country on the verge of drying out.” – Michael Cruickshank

Just as food and water became scarce, violence erupted in Yemen. Destructive bombings have damaged a large portion of the infrastructure including an important pipeline in Yemen’s capital city, Sanaa. About 60% of the water that flows through the pipe is lost because of leaks. Groundwater reserves are also drying in Sanaa and the city is currently at risk of running out of water completely. The situation is no better in rural areas where women can spend four or five hours collecting water each day.

There is more to blame than climate change.

“Rainwater harvesting has taken a backseat to drilling and the use of modern pumps and tube wells, which draw too heavily on the finite groundwater supply, the biggest contributor to the current water crisis.” –The Gardian

Groundwater is being pumped much faster than it can be replenished in Yemen, and the government is not taking action to restrict pumping. Some better alternative methods to groundwater pumping would be buying water from agricultural wells and treating water near the coast to make it more drinkable. Yemen is in desperate need of a solution to this water crisis. The Red Cross predicts that it will only be 3-4 months until Yemen faces famine.