This week, replace your search engine with Ecosia!  Ecosia, founded in 2009, is a company that plants trees with its ad revenue; you search the web, and the ads generate income for tree planting projects in Burkina Faso, Africa.  There’s a free browser extension, and you can set it as your home page or even download the Ecosia app to search on your phone!

Through planting millions of trees in West Africa, Ecosia is bringing water, plants and animals back to drought-ridden areas and reviving the land for people’s health, jobs and independence.  Based in Germany, they donate an impressive 80% of their income after expenses.

Here are some testimonials from Upworthy, Scientific American, The Guardian, and Salon.

More than 2.5 million people use Ecosia every month.  Their next goal is planting 1 billion trees by 2020, so bookmark their page and give them support!  It’s an incredibly easy way to spend zero dollars, change one small habit, and help the Earth. 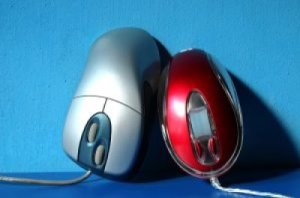 If you’ve been with us for a little while, you probably read my post last month about One Web Day, the day dedicated to celebrating the internet.  You may also have noticed our new page titled “Spread the Web,” with opportunities to do exactly that–spread the internet.

Now’s the day to take advantage of those opportunities, because it’s September 22nd, and One Web Day has arrived.

One Web Day was founded in 2006 by Susan Crawford, President Obama’s current technology policy adviser.  She described Earth Day as her model for One Web Day, so as we consider how we might celebrate the day, let’s take Earth Day as our model too.  How do you celebrate Earth Day?

Step One: Appreciate.  Much of the message of Earth Day is simply to take a moment to stop and appreciate this amazing planet we have.  So let’s stop and appreciate this amazing technology.  I don’t remember how I did anything before I had the internet, and if it ceased to exist tomorrow, I would be at an utter loss.  Even knowing that, it’s so easy to take it for granted.  So it’s a good day to appreciate–and to remember that there are plenty of people in the world for whom the internet doesn’t exist, in terms of their access to it.

Step Two: Awareness.  Earth Day is about bringing awareness of the dangers that are confronting this Earth we’re working on appreciating.  One Web Day wants to bring awareness to the dangers that confront the internet too.  The internet is all about the free access of information, but some government regulators and powerful corporations may not want it to be quite so free.  (Maybe you heard the fuss a few years ago about China and Google?)  And there’s many people who don’t have access at all: in fact, three-quarters of the world isn’t online, according to World Internet Usage Statistics.  What I find sadder is that less than 7% of the population of Africa is on the internet, and less than 20% of Asia.

Step Three: Action.  People like to plant trees on Earth Day.  You can’t plant a computer, and most of us can’t actually hook-up a new broadband line.  But now that we’re appreciative and aware, what do we do?  You could sign One Web Day’s pledge to end the digital divide.  And you can check out UniversalGiving’s opportunities to Spread the Web.  And you can also visit One Web Day’s site for more suggestions on how to get involved, or see if there’s an event going on in your city.

Step Four: Announce.  Share your story of what you did to celebrate the web.  You can join My One Web Day, and you can leave a comment here.  Because we’d love to hear your story too!